How it works. When it works. What to know.
Evacuation Goal: To minimize the loss of life by evacuating those individuals who are within the immediate hazard area as quickly as possible. Evacuations are based on pre-determined evacuation zones.

If you are not within the immediate hazard area and not directed to evacuate by public officials, remain at your location and shelter in place.

One-Way Evacuation Operation
“One-Way Evacuation Operations” means that the travel lanes on a designated section of road that are normally two-way would proceed in one direction, heading away from an approaching wildland fire. It provides a way to handle the additional traffic anticipated as Paradise and Magalia residents and visitors leave the area in advance of a wildland fire. One-Way evacuations are used only in extreme situations and for as short of a duration as possible. As soon as evacuation traffic allows, normal roadway usage will resume.

Primary evacuation routes for Paradise and the Upper Ridge will be implemented first, if these plans are proving effective in handling the evacuation traffic, then a One-Way Evacuation Operation is not likely to be implemented.
Emergency managers will decide if a One-Way Evacuation Route must be implemented (Paradise PD, CHP, Public Works, CalTrans) based on the specific needs of the incident. Entry and termination points will be determined based on the location, direction and rate of the fire spread.
Tune into Community Advisor Radio Stations AM 1500 in Paradise and AM 1460 on the Upper Ridge for emergency information about the One-Way Evacuation route.
Message boards may be used to provide key information at the beginning of the reverse lane, entrance to the One-Way Evacuation Route to assist you with your choices.
Law enforcement officers or other personnel will be at the entrance and termination of the route directing traffic. Do not stop to ask questions because officials will not answer questions as this will slow the evacuation process.
Vehicles entering the One-Way evacuation route are expected to travel to the end of the route.
Commercial vehicles, recreation vehicles and those towing boats or other trailers should remain in the right hand travel lanes.
Stay with your vehicle at all times.

How will I be informed about One-Way Evacuation?
Officials will notify residents of the need to evacuate through various means, including direct contact by law enforcement, volunteers in police service, fire and other public safety personnel.

Indirect notification may come in a number of media and social media avenues including but not limited to Community Advisory Radio Stations (AM 1500 in Paradise and AM 1460 in the Upper Ridge), the Emergency Mass Notification System (aka Reverse 911), local TV and radio as well as public safety sponsored social media accounts.

Sign up for notifications via cell phone and email at
https://Buttecounty.onthealert.com/.

What Routes will be used for One-Way Evacuation?

Routes will be selected based on the specific needs of the incident. Entry and termination points will be determined based on the location, direction and speed of the fire’s spread. Each emergency situation will dictate traffic priorities and evacuation needs.

What if I live on a One-Way Evacuation Route?

Residents who live along a one-way evacuation route that is being used are encouraged to shelter in place at your home. This evacuation route has been chosen because it is not threatened at this time and provides the best means to evacuate residents in other areas that are under an evacuation order. 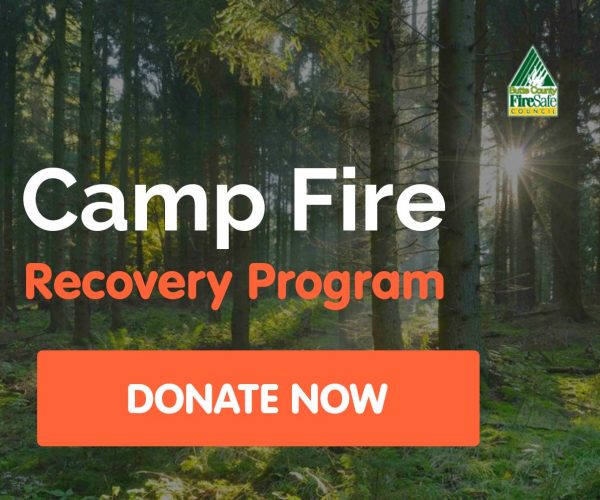